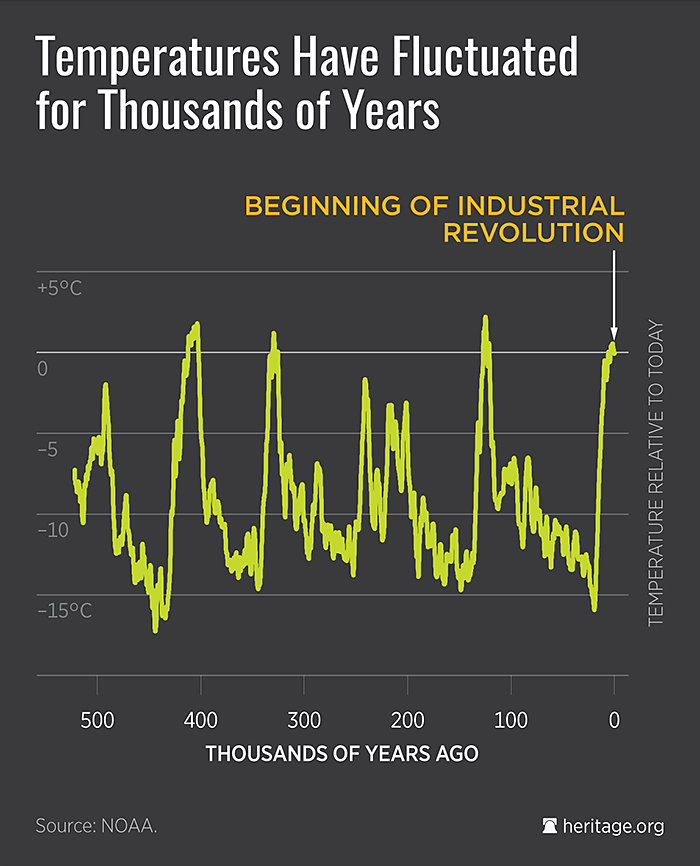 The chart above shows reconstructed average world temperature data for the past 500,000 years. Depending on the magnification and size of your monitor, each pencil dot would span something on the order of 1,000 years. The myriad of 10-degree Celsius temperature flips all happened before man-made carbon dioxide could have had any impact—the final temperature spike started at the end of the last ice age.

The central premise of the Cabal’s case is that the phase of warming that came before the almost 2 decades of cooling off that we’ve just had from 1998-?, in the late 19th century is unprecedented, meaning it’s never happened before.

A Climate Cycle in Climate Science is measured over a 30-year span, which brings up another inconsistency. In 1970 Climate Scientists were predicting catastrophic Global Cooling, Michael Mann’s thoroughly debunked hockey stick model f a similar or greater warming phase has occurred in the very recent past, before human CO2 emissions had caused CO2 levels to rise, then clearly any such recent warming must have been natural and was not caused by CO2. And if any recent similar warming phase was natural then clearly the current phase of warming could also be a natural phenomena.